Rescue archaeological excavation on the site “Pražský most” in Plzeň (Bohemia) was accompanied with aerial documentation of UAV equipped with photogrammetric camera. The excavation itself is done by West Bohemian Museum in Plzeň. The photogrammetry was aimed on certain architectural parts of bridge construction and using the UAV led to distinctive time savings in terrain documentation.

Flight shot and representative resut as well are shown in the gallery. 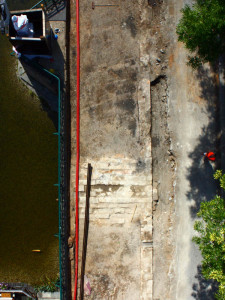 One thought on “Photogrammetry with UAV helicopter on old bridge”